He told me to always verify the information that borrowers gave me. And since then I have heard this term many times including most famously by Ronald Reagan when he negotiated the arms reduction treaty with the Soviet Union – he said, “We will believe but verify.”

Talking to Strangers. I am not someone who is easily duped. But I must say, even today, I tend to believe what people say to me. I unconsciously assume they are being transparent when they are talking to me and are the same on the inside as they appear on the outside.

Thanks to Malcolm Gladwell, I now understand why I am sometimes wrong. In his most recent book, Talking to Strangers (video), using research and interesting examples like Bernie Madoff he introduced me to three important lessons about why I misread people sometimes.

First, we humans are naturally wired to believe that how strangers act on the outside, what they say and do, matches what these strangers think and feel on the inside. Gladwell calls this our transparency assumption. And, what is really shocking, if we’re really lucky our beliefs are right overall 50 percent of the time.

Second, our natural behavior is to “default to truth” whenever we’re dealing with people, including strangers, until such time as they are proved wrong. This means we assume they are telling us the truth. And, what I found astounding, is after they first tell us what we want to believe, it takes a great deal of evidence to make us NOT believe them. Con artists like Bernie Madoff and the characters in my last story below know this far too well.

And, third, our belief about someone is usually wrong when that person’s outside behavior doesn’t match their inside feelings and thinking. Gladwell shares with us intriguing research by Tim Levine that describes how trained investigators, judges, and professionally trained psychologists are tricked over 80% of the time by liars who know how to act as honest people and, as in the rare Amanda Knox case, people who are honest, but act like liars.

Aluminum-Siding Con Men. If you have refinanced your home or obtained a home-equity loan have you ever wondered why you get three days to rescind and cancel the transaction?

This waiting period has been required by law since the 1960s. In the late 1950s and early 1960s, door-to-door aluminum siding companies convinced naive homeowners, often elderly widows, to buy over-priced home aluminum-siding jobs. Since many could not afford the projects because the jobs were usually over-priced, these companies took mortgages on the homes and later foreclosed if the folks missed a payment that had very high-interest rates and penalties included.

The problem was these salesmen were so convincing that these trusting souls signed the papers often during the first meeting – before the homeowners could think about the project or discuss the project with family members or close friends. Later, following an extensive Congressional investigation that discovered how widespread this practice was, a law was passed to give homeowners three days to reconsider.

If you want to watch a very good movie on how this actually worked I recommend Tin Men a 1987 film starring Richard Dreyfuss as Bill “BB” Babowsky and Danny DeVito as Ernest Tilley.

One of the most clever, con-man sales methods was the “Before” and “After” photo method – and it both amazed and horrified me. Here is the movie scene by con man BB (Dreyfuss) that shows us how they manipulated people’s “transparency assumption” and natural “Truth-Default” tendency. In short, they set-up a camera in front of a poor widow’s house and waited for her to come out and ask what they were doing. BB then tells the elderly homeowner they are using her home as a “BEFORE” picture in their upcoming sales brochure in a famous magazine. She, of course, is horrified to think her home would be the “BEFORE” picture and wants to know how her home can become the “AFTER” picture.

I think you can imagine what happened next. 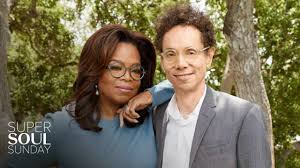 Conclusion. I recommend you read the whole book because Gladwell teaches us many other lessons about human nature and how we deal with strangers – and some “strangers” can also be acquaintances we think we know. Of course, my closing tip is to always “believe but verify”, especially when the stakes are high.

Final Tip – If you like Oprah Winfrey, I recommend you watch this 40 min Super Soul Sunday interview Oprah has with Gladwell about this book.