Skip to content
A Few Reasons We All Lie

Yes, we all tell lies even though we don’t like to admit it. And I think the worst lies are the ones we tell ourselves because they often do the most damage to others – quite often unintentionally. 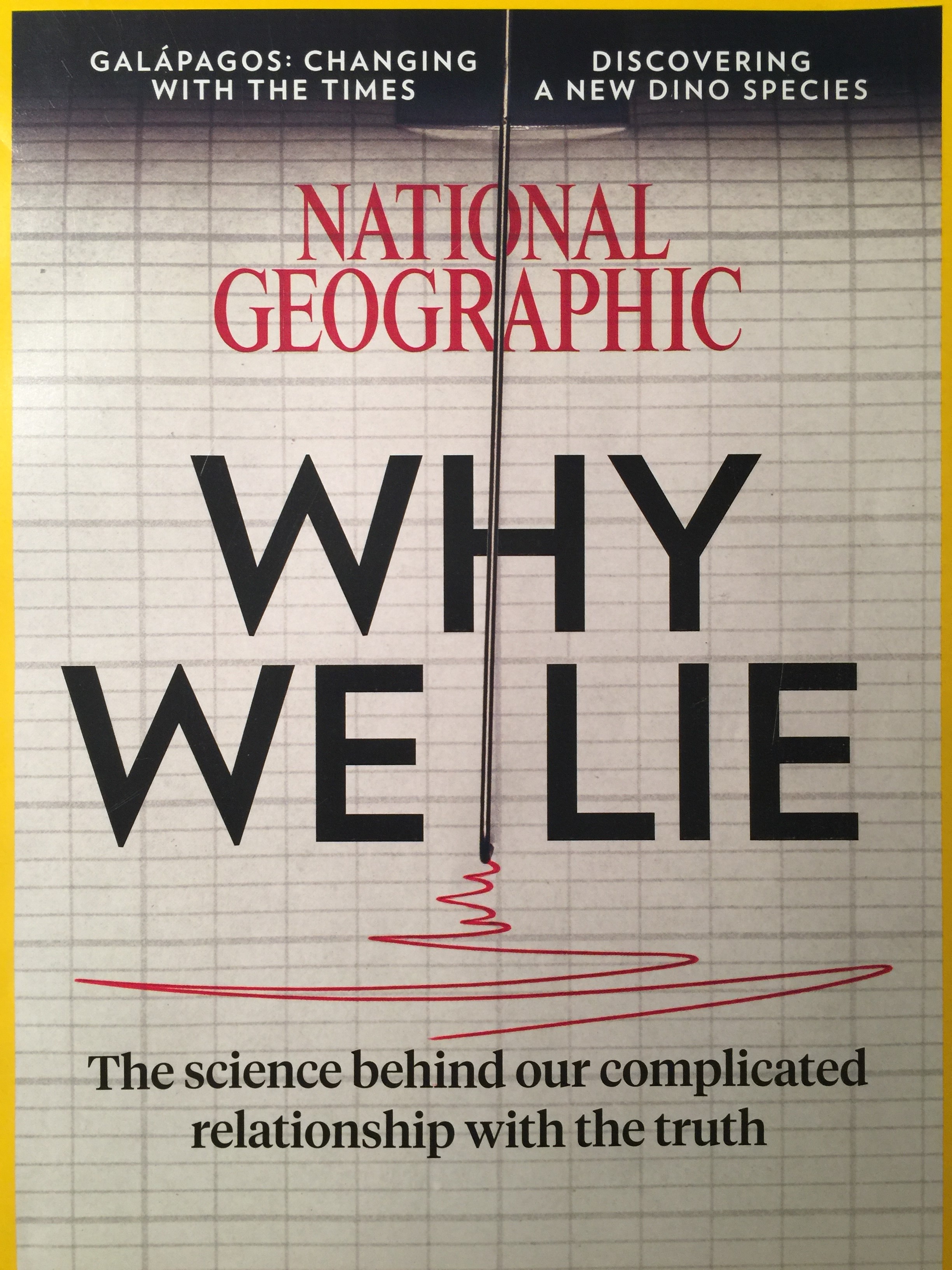 On Sunday a rather odd, but timely, thing happened to me. Right after I watched a mother deal with a six-year old child who had told her a lie, I spotted a June 2017 National Geographic magazine on a shelf. On the cover were the words Why We Lie. Of course I was intrigued.

In my Blog last week Remember One Thing You Have in Common with Ford and Kavanaugh, which was published the morning of the Ford and Kavanaugh testimonies, I wrote about how people’s memories are often wrong and why. Since those testimonies, the focus seems to have shifted to whether Judge Kavanaugh lied or not. And that will be the focus of the Senate when they review the results of the FBI investigation this morning.

Insights into Why We Lie.  In his National Geographic article Why We Lie, experienced science writer, Yudhijit Bhattacharjee, wrote about three things about lying that intrigued me. First, the human tendency to lie is a developmental yardstick and changes over time. Second, researchers have identified 11 reasons why people lie. And, third, why lying gets results even when the results are damaging.

Lying is Developmental. Researchers believe lying behavior developed in humans shortly after we gained the ability to speak. People learned it was much easier to gain an advantage over others using manipulation rather than hitting them with a club. Most of us develop the ability to lie at between 3 and 5 years old and doctors consider lying a developmental milestone. Yudhijit noted that children with autism sometimes never develop a lying ability. 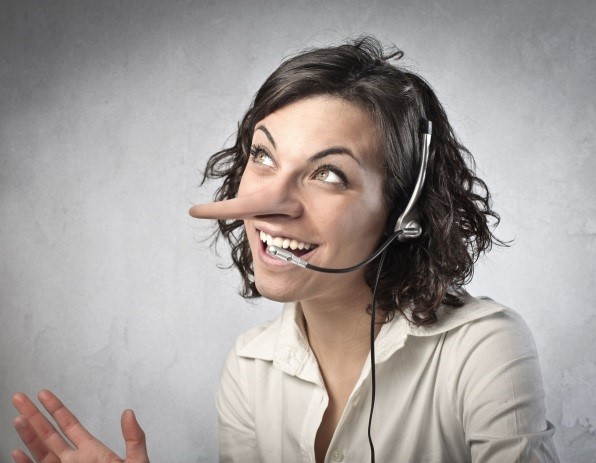 Yudhijit also describes research that suggests that the quantity of our typical lying behavior peaks while we are in our teenage years when 74% of teens tell at least one lie a day. Then lying declines over time to when about 44% of adults over 60 tell at least one lie a day. And, while you are hopeful you are in the percentage of people who do not lie every day, researchers suggest all humans lie, but perhaps not once a day.

Reasons We Lie. Eighty percent (80%) of our lies are done either to promote (44%) or protect (36%) ourselves. Only six percent (6%) of our lies are pathological and/or intend to hurt other people and these lies originate with just a very few people. Pathological lies, which some argue our President dispenses, ignore or disregard reality and are sometimes Narcissistic in nature. Narcissistic lies are really “self-impression” improvement lies, which help the liar feel better about him or herself.

The largest percentage (80%) of lies fall into these six categories-

Why Lying Gets Results. Most of us believe what we hear (or read) and are “hardwired” to be trusting and are naturally gullible. Yudhijit reminds us of Frank Abagnale, who was the con man played by Leonardo DiCaprio in the movie Catch Me if You Can. Among Abagnale’s many lies was impersonating an airline pilot – imagine how gullible other airline people had to be to pull that off.

Yudhijit also reminds us of research that suggests “we put up little resistance to deceptions that please us.” This includes being more likely to believe lies presented by people who have power, wealth, and status. We especially believe lies presented by people we initially support even in the face of clear evidence to the contrary. And, as weird as this sounds, the more facts we get that are contrary to the lies, the more many people believe the lie. This is because we want to believe what makes us most comfortable and sometimes we are most comfortable with the original lies.

Lie to Ourselves, Damage Others. After reading the article and looking at some of the current problems in our world it seems to me that when influential people lie to themselves, they hurt many people around them – some gullible, some not. 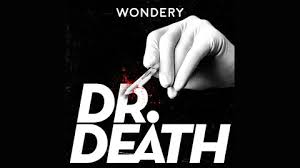 Take Christopher Duntsch, for example, who lied to “shape a positive image of himself” and also killed people. Duntsch, whose sad story is profiled in the podcast series Doctor Death, is a man who manipulated (lied) his way through the complex medical industry and became a neurosurgeon. He failed throughout his academic and residency career, but people believed in him because he tried so hard. It was not until the middle of a wrongful death case that he finally woke-up to the damage he was doing to others by lying to himself.

If the Senate concludes that Judge Kavanaugh lied, it would be logical to conclude he did so to protect himself and “cover-up a personal transgression.” It also could be that he is lying to himself to promote a “positive self-image.” If either case is true, then he hurt people around him.

Lying is so much a part of human nature, it is easily ignored and accepted. Being aware of how and why we lie and then minimizing it will make us better leaders – and improve the lives of people around us.