If you are in business or work as a police officer, it is hard to do good today. Between social media and what seems to be lots of angry people and lawyers, no good deed goes unpunished.

That is why this cool story from 1959 caught my eye. It happened in the eastern Maine community of Calais, which is right on the Canadian border. The story was shared by Al Churchill, a local attorney there and writer of a Calais historical blog we enjoy and often published at the St. Croix Historical Society website.

The characters in this story are the local state trooper, Francis “Bull” Powers, the local newspaper editor, Jay Hinson, and the owner of a popular motel with beautiful water views, Mrs. Harry Heslin.

Calais Advertiser Story from 1959. “After she and her husband had once been extended the courtesy in Texas a few years ago, Mrs. Harry Heslin, co-owner of Heslin’s Cottages on the River Road, had always wanted to stop a tourist on the highway and offer them a free supper, a night’s lodging and breakfast. 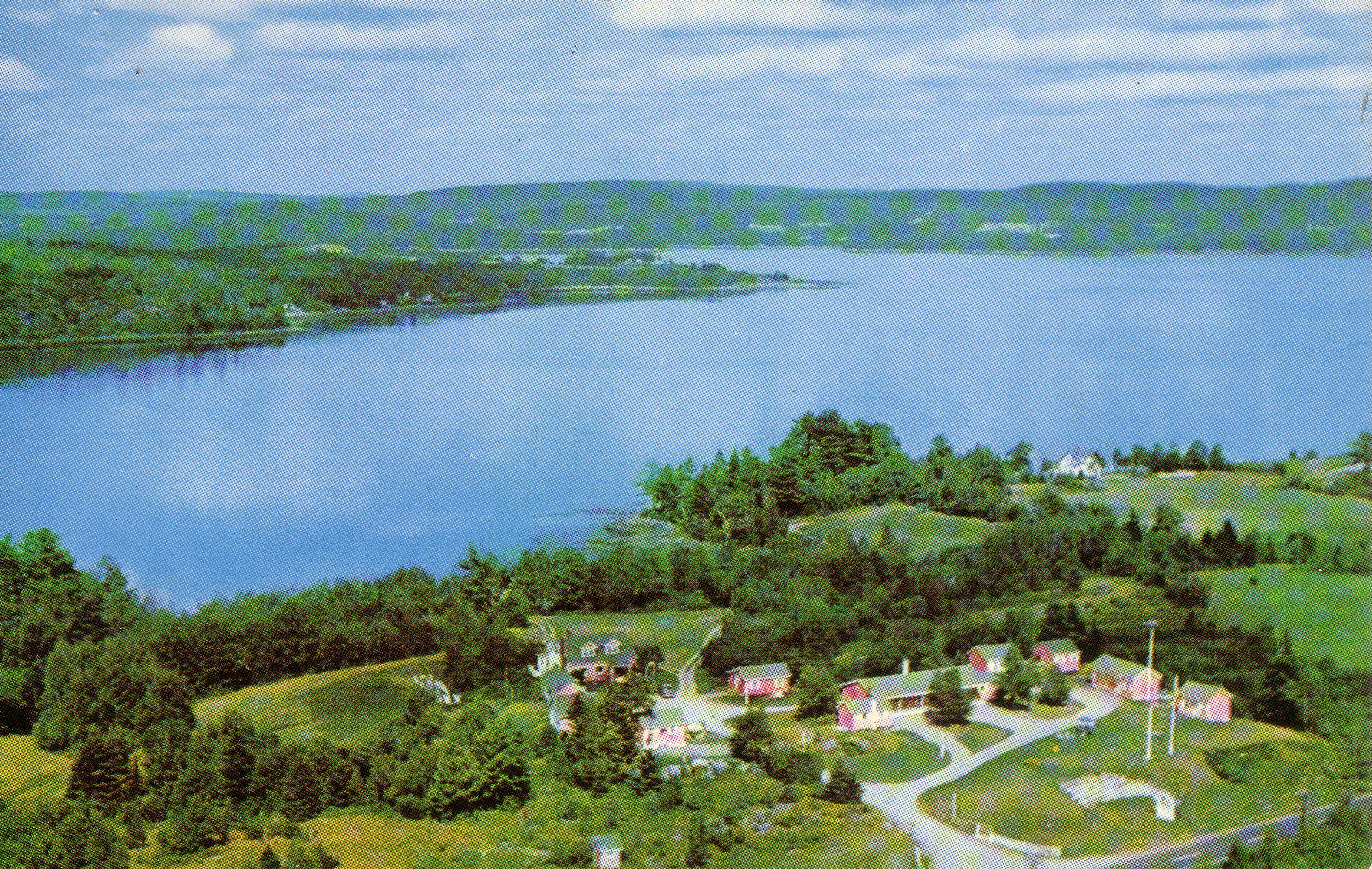 “As part of publicizing Calais’ 150th anniversary she decided to ask State Trooper, Frank “Bull” Powers, and Editor Jay Hinson to stop an out-of-state motorist on the afternoon of July 3rd and extend the offer of hospitality.

“Trooper Powers pulled over a dozen cars for “routine inspections” while he and Hinson queried the travelers about their plans. Three people were actually asked to stay over but declined with thanks because of having to meet schedules. 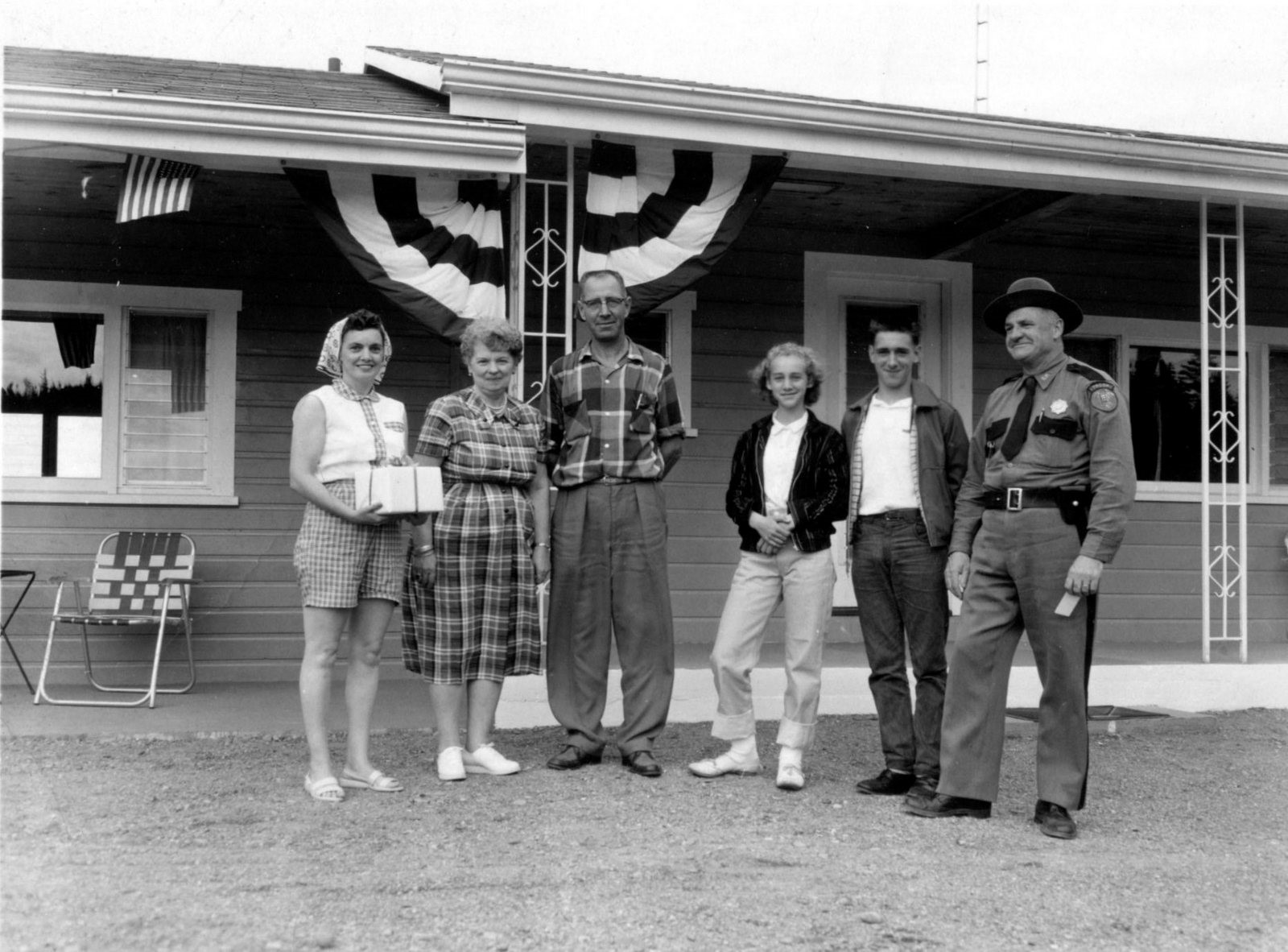 “Finally, a car from Ontario drove up and stopped. The driver, Fred McKay of Catherine Ontario got out and unfolded a sad tale to Trooper Powers. Mr. McKay, his wife and two children had driven from Waldoboro, Maine that day and somewhere along the line had lost their luggage carrier and four suitcases and all their belongings off the top of their station wagon. They had notified the Sheriff’s Department, who had been trying to contact Powers.

“Powers and Hinson decided to kill two birds with one gift and extended Mrs. Heslin’s offer of supper, a night’s lodging in a beautiful, newly decorated room and breakfast. While they were spending the night the trooper said he would attempt to find the luggage. Mrs. Heslin welcomed the family, brushed away their fears and presented Mrs. McKay with a fine gift.

“While they were talking, Trooper Powers called his Orono, Maine headquarters on the radio and gave them the necessary information. Then, just like they do in the storybooks, Trooper Darrell Hartley of Pembroke interrupted to say that he had found all four suitcases and the luggage carrier and that he was en route to Calais. That did it. The McKays were just about broken up with joy and relief and apparently overwhelmed by Mrs. Heslin’s generosity. The McKays met Trooper Hartley in Robbinston, Maine, retrieved their belongings, and returned to Heslin’s Cottages where they spent a very happy and memorable holiday.”

Steve Comment. Can you imagine what would happen to a State Trooper today if he did this? Or what could happen to the newspaper and business once one lawyer filed some sort of law suit on behalf of one of the dozen drivers stopped with no probable cause?

Of course, we can all do good today, but sometimes it gets complicated. Fun to remember when doing good was simple.