Last November I wrote about how I thought Donald Trump was not running for President, he was running to increase the value of his brand name. In that article Trump is Running for His Brand, Not for President I postulated that because of the free media attention Trump knew he would receive, he would stay in the campaign until he started to lose, and then take his toys and go home. 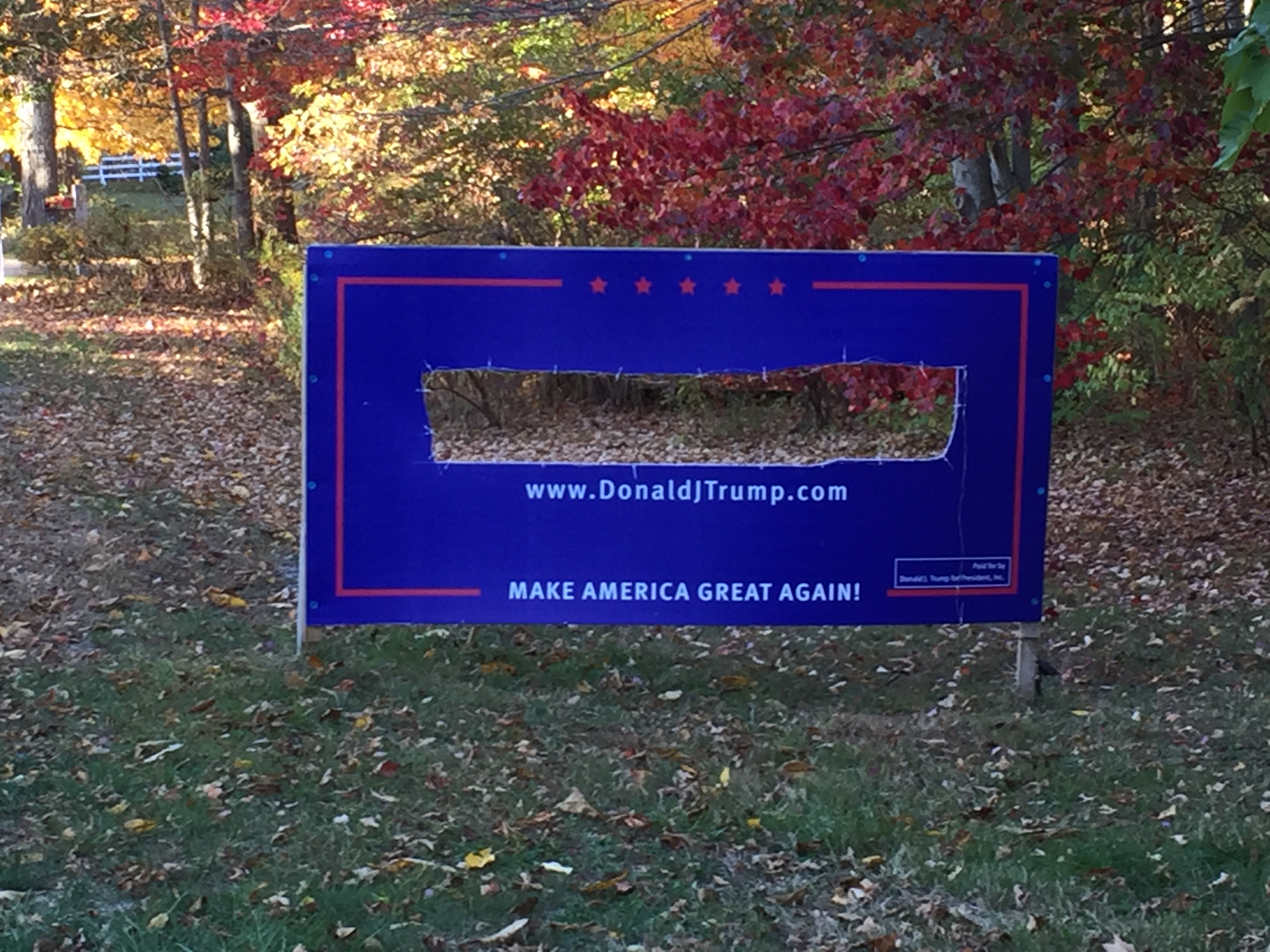 Since then two interesting things have happened. First, he won the Republican Primary, much to my and many others’ surprise. But, second, like relatives staying too long on a visit, his brand’s value is now actually in decline.

Here are a few final thoughts about Trump’s brand value and how it has changed and could impact our future.

Trump’s Brand Value. Make no mistake about it, Trump is very wealthy, but about half as wealthy as he claims. In a recent report by Bloomberg and another by Fortune, who did their valuations based on Trump’s financial disclosures to the Federal Election Commission, they estimate his net worth at around $5 billion while Trump says he’s worth over $10 billion.

Trump has asserted that it is his brand name that boosts his net worth – everyone wants to own a piece of anything “Trump.” Well, in a recent report by Yahoo Finance reporter Rick Newman, real estate firms are reporting that the Trump brand premium has been washed away. In almost all markets buyers are not interested in paying a Trump Premium and in some markets there is interest by occupants to drop the Trump name from their properties.

In a Fortune Magazine article both writer Geoff Colvin and Dallas Maverick’s Owner, Marc Cuban, a Clinton supporter I should add, give more specific details about where and how the Trump brand has tanked. Colvin wrote, “Over the past 12 months Trump has almost certainly been devaluing his brand among the customers who are most important to his businesses—high-income individuals plus the corporations that rent space in his office buildings and hold conferences and meetings in his hotels or hotels that have licensed his name.”

In a CNBC report Cuban said, “Since running for president, the Trump name has gone from being a top five brand to probably being a bottom five brand recognized by everybody for the wrong reason, likely leading consumers to avoid Trump’s hotels and other businesses.”

I think it is pretty ironic that since Trump’s main reason for running was to enhance his brand value and now that people know more about him, they want nothing to do with him.

If Trump is Elected. If the polls are wrong and Trump is elected, our country is likely in for a challenging ride over the next four years. And two of the challenges, I believe, will be how our nation can manage Trump the man and Trump the brand, both of which could put our country at risk.

In his Newsweek article Donald Trump’s ‘Blind Trust’ Plan Makes no Sense Kurt Eichenwald describes how Trump’s brand cannot be put in a Trust and how his global investments actually present awkward and strategic conflicts of interest for the United States; conflicts that could threaten our security. I encourage you to take a minute and read this article.

If you wonder, like I do, how the complex, extroverted, disagreeable and bully-like personality of Donald Trump might govern I recommend you read The Mind of Donald Trump by Dan McAdams in The Atlantic. There is no doubt he will be a “swing for the fences” risk-taker and the rest of our government will spend lots of energy and manpower trying to contain him.

Last week it was announced that Bob Dylan was chosen to receive the Nobel Prize in Literature for “having created new poetic expressions within the great American song tradition”. In his song Masters of War, written in 1962, Dylan criticized those who try to profit from war or governmental power and influence. These words near the song’s end seem to capture my feelings at the moment:

Let me ask you one question

Is your money that good

Will it buy you forgiveness

Do you think that it could

I think you will find

When your death takes its toll

All the money you made

Will never buy back your soul.

When I spoke to my neighbor up the road about who cut-out the word “Trump” from his big Trump sign, he told me his son did. He then said, “And I’m good with it. It has taken me awhile to realize I was wrong to support him. I left the sign-up because it makes a different statement now – we are tired of the Trump name.”

Makes sense to me.