When I was 15 years old I had to really step out into the darkness. As faithful readers know I was Boy Scout and in 1968 I was “tapped” to enter the Order of the Arrow, a Boy Scout honor society.

At a campfire at Goshen Scout Camps in the Blue Ridge Mountains of Virginia someone tapped my shoulder. I was told to go get my sleeping bag and return. When I returned I was blindfolded and my hand put on the shoulder of another Scout. Then we were led out into the dark George Washington National forest.

For about 15 or 20 minutes we hiked blindfolded out into the Forest. Then a leader led me away from the group for about 30 or 40 steps, asked me to take-off my blindfold, and gave me a paper cup, a match, and a raw egg. He then told me to make my bed in the underbrush with no light and when I woke-up I could start a fire and cook my egg.

Yes, of course, I was scared, but I survived the night. (In the morning when I finally awoke I saw a rattlesnake coiled-up about 20 feet away and I’m guessing the leader who directed me to my site the night before had a flashlight and didn’t see the snake.)

Darkness presents itself in different ways and each of us can learn to venture into it without fear. This week I will share three stories about venturing into different types of darkness involving workplace inventions, entrepreneurship, and Boomers facing Millennials.

Workplace Inventions. In a special report from Fast Company in its September issue I learned about 10 Inventions That Shaped the Workplace. In the mid-1800s city buildings were rarely built higher than 5 to 10 stories mostly because people didn’t want to hike up stairs any higher than that. Along came the Otis Elevator invention and in 1857 it was installed in a New York City department store. This gave people confidence in elevators and in a very short time city “office” buildings far higher than 10 stories exploded on the scene. I would imagine if you were an office worker getting on an enclosed, mechanical elevator in those days to travel to the 20th floor you were stepping out into the darkness.

Richard Branson – Impactful Leaders Start Before They are Ready. In a very interesting article this week by James Clear I learned about how Richard Branson founded Virgin Airways and how his entrepreneurial mind thinks “Screw it, just get on and do it.” Branson, who has launched dozens of businesses most people would avoid, learned early that his biggest rewards came when he stepped out into the darkness. In reviewing several of Branson’s ventures I think it is important to note that before he stepped-out into the darkness he really understood his potential customers’ needs first. 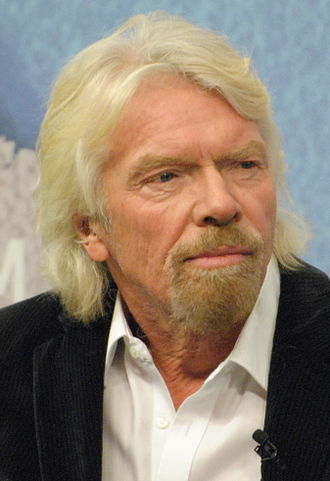 Clear included this quote from Branson on how he started Virgin Airlines.

“I was in my late twenties, so I had a business, but nobody knew who I was at the time. I was headed to the Virgin Islands and I had a very pretty girl waiting for me, so I was, umm, determined to get there on time.

At the airport, my final flight to the Virgin Islands was cancelled because of maintenance or something. It was the last flight out that night. I thought this was ridiculous, so I went and chartered a private airplane to take me to the Virgin Islands, which I did not have the money to do.

Then, I picked up a small blackboard, wrote “Virgin Airlines. $29.” on it, and went over to the group of people who had been on the flight that was cancelled. I sold tickets for the rest of the seats on the plane, used their money to pay for the chartered plane, and we all went to the Virgin Islands that night.”

Richard Branson stepped-out into the darkness that night and started a business before he was ready.

Here are the 10 interview questions and you can refer to the article to learn more about each question, its purpose, and insights you might obtain from the applicant’s answers. 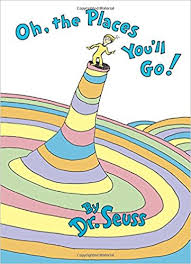