I worry sometimes what would happen if one of our world leaders, one without critical thinking skills, ordered the use of an atomic weapon. Hopefully, someone would step in and stop it. If you want to feel encouraged (or really scared) here are two stories about two Russians who saved America.

Vasili Arkhipov. In October 1962 at the peak of the Cuban Missile Crisis Arkhipov was on a Russian submarine B-59 with nuclear torpedoes ready to launch. He was one of three superior officers on that submarine.

On October 27th their submarine was submerged near Cuba when the U.S  aircraft carrier Randolph located it. The Randolph dropped signaling depth charges, which are explosives intended to force the submarine to come to the surface for identification.

Arkhipov’s B-59 had been under water for several days and had had no communication with the Russian government. The Captain of the submarine, Grigorievitch Savitsky, did not know if war had started when the depth charges began. So rather than surface, he and his political officer wanted to launch a nuclear torpedo at the Randolph. This attack would have started a horrific nuclear war.

However, because Arkhipov was on-board and was actually the flotilla commander, equal in rank to the submarine captain, the torpedo could not be launched without all three men agreeing to do so. Arkhipov did not agree and, following a huge argument, the submarine surfaced without firing the torpedo. If you would like to read more about what happened to Arkhipov afterwards, you can check out this Wikipedia link.

As written on the Wikipedia site, Arthur M. Schlesinger Jr., an advisor for the John F. Kennedy administration and a renowned historian, stated “This was not only the most dangerous moment of the Cold War. It was the most dangerous moment in human history.” Thomas Blanton, who was director of the US National Security Archive, said that “Vasili Arkhipov saved the world.”

Stanislav Petrov. More recently in September 1983 a Russian lieutenant colonel named Stanislav Petrov correctly analyzed and stopped a launch communication from a soviet early-warning system. This was a critical and dangerous time in Soviet-U.S. relations because the Soviet military had just shot down Korean Air Lines Flight 007. 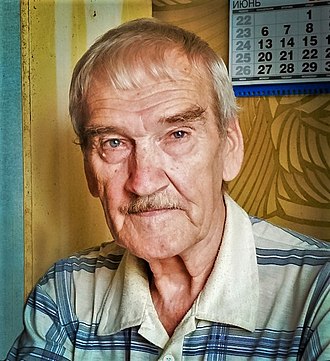 Fortunately for us, Petrov was a rational and thoughtful person who evaluated all the factors around the warning-signal and determined it was false. If he had reported incoming missiles, given international tensions, his superiors might have launched an assault against the United States. Petrov died this year in May and his story has now been more widely reported.

I am sure these are not the only stories of smart and rational people helping to stop mutual destruction, but they are the only ones I know. Thank you Arkhipov and Petrov and let’s hope there are others like you out there in the world today.