Skip to content
Credibility – Yearn for It, Earn It, Vote for It

If you have been a faithful reader, you may remember a few years ago when I first wrote about how important credibility is to leadership. Given the upcoming election and the two candidates, I thought it might be helpful to review the four qualities of leaders who have credibility. 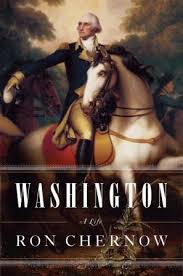 This summer I finished reading the book George Washington, A Life by Ron Chernow, which is a very compelling book on arguably our most accomplished president. When we read about George Washington it is easy to see why he was one of the most admired leaders in history – he had immense credibility. Friends and foes alike recorded many stories that described his integrity, vision, inspiration, and competence – all critical elements of credibility.  Since I think every responsible leader should yearn for and try to earn credibility, let’s take a look at these elements.

In their terrific book, The Leadership Challenge, James Kouzes and Barry Posner write about their 30 years of research into leadership credibility. Every few years they send a survey to about 75,000 people around the world and ask them to identify the “seven qualities that they most look for and admire in a leader, someone whose direction they would willingly follow.” With almost no exception the four qualities that top the list are: “honest, forward-looking, inspiring, and competent.” The authors point out that since “trustworthiness, expertise, and dynamism” make-up what is called “source credibility”, then they suggest we look at the four qualities followers suggest are most important to assess a leader’s credibility. 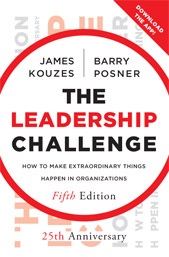 I’d like to use examples from four leaders I think have or had credibility to discuss the four qualities. They are: General Colin Powell, Martin Luther King, Steve Jobs, and Jack Welch.

Honesty. To be frank, I wasn’t one who initially thought we should invade Iraq. But then I watched General Colin Powell present evidence to the United Nations on why Saddam Hussein and Iraq were serious threats and I started to change my mind. I remember thinking when we attacked them, “if General Powell says it is okay, then it must be the right decision.” Why did I feel that way? Because I trusted what he said. Although we found out years later that the information he relied on was wrong and he should have pushed for more confirmation, it doesn’t change the fact we trusted him. My perception of him was that he was honest and I could trust him; a view shared by millions of others. I think this video of Colin Powell gets at the essence of what he thinks leadership is.

Forward-thinking. We commonly refer to this as “vision.” Followers admire leaders who have a deft ability to not only describe a desirable future state, but who can help everyone get there. They help followers do the right things that assure the group gets to that future place. I think Martin Luther King Jr., who wrote his powerful “Letter from Birmingham Jail” in 1963, gives us a great example of a credible leader who was forward-thinking. If you have never actually read his “Dream” speech, you should. King masterfully weaved-in visual metaphors that inspired followers then and inspires followers now to “let freedom ring.” 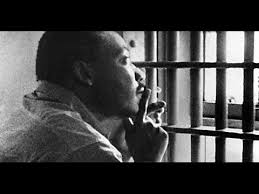 Inspiring. The third quality of leaders who have credibility is inspiration. Yes, some leaders display charisma, which inspires followers, but others can inspire with just their behavior. Inspiration moves followers who watch or listen to what leaders say and do. The late Steve Jobs, certainly a successful business leader, who is viewed as credible by many people, was definitely inspirational. In the video “Revenge of the Nerds – Great Artists Steal” Larry Tesler, one of Jobs’ close employees at Apple, described Jobs’ this way, “When I wasn’t sure what the word ‘charisma’ meant, I met Steve Jobs, and then I knew. He wanted you to be GREAT and he wanted you to make something that was GREAT and he was going to make you do that.”

Competent. The fourth quality of credibility is competence. This means the followers believe the leader has the experience and talent to do the job. It doesn’t mean they have the talents, knowledge, or skills to do every job in the organization, it means they have what it takes to do their leadership job. One of the most competent business leaders of the 1990s was Jack Welch, who was the President and CEO of GE. During his leadership tenure at GE he not only completely transformed the company, he created business practices that are still used today in many businesses. As President he l 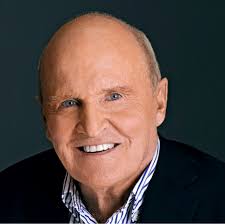 ed an annual, 30-day review process called “Session C.” These were intensive reviews of talent and business units where his overall knowledge and talents were on display. It has been well published that nearly everyone who went through this process left impressed with Welch’s competence, although not his tact and grace sometimes.

Credibility is not easily measured and you really can’t judge yourself; it is something others do. However, if you yearn to be a credible leader, invest your energy into developing these four qualities, and then behave consistently, you might just earn it.

Using these four criteria, try grading the two candidates as you make up your mind who to vote for!