I think it is interesting that we now like to “label” the generations. And, while it does make for some interesting conversations and some fun, I do not think it really does anything to help build healthy work cultures. The only label that does is “mutual respect.” At the end of this article I will share an interesting story about “respect” between the late John Glenn and baseball great, Ted Williams. 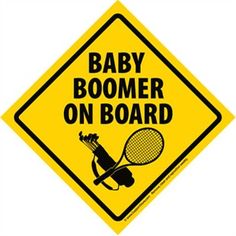 In two weeks on Wednesday, January 18th from 9-10 AM I will be leading a free Spectrum Webinar called Four Generations in the Workplace – How Could Communication Be a Challenge? During that webinar I’ll describe the formative events, forces and characteristics of each of the generations we have “labeled” Traditionalists, Baby Boomers, Generation X, and Millennials. Then I will explore the most common areas where people from one generation might think differently from another generation. I will then talk about the skills a manager from one generation might want to develop to best lead, mentor, and manage a person from another generation.

When Did We Start Using Generational Labels? As I wrote about in an earlier article on leading generations in the workplace, when I entered the professional workplace in the mid-1970s my generation was not labeled anything except “hippies” by some folks. Now I understand I am part of the “Baby Boomer” generation. In her interesting book Unfairly Labeled, Jessica Kreigel writes that the label “Baby Boomer” first appeared in a 1980 book by Landon Jones called Great Expectations: America and the Baby Boomers. Before this our generation was labeled Generation X in a 1964 book by Hamblett and Deverson.

Why Do We Use Labels? Kreigel notes in her book that humans use labels to help our brains create more certainty. When we can put such complicated creatures as people into categories it helps our brain reduce uncertainty. As it relates to generational labels, this helps some of us think we can predict behavior more accurately. 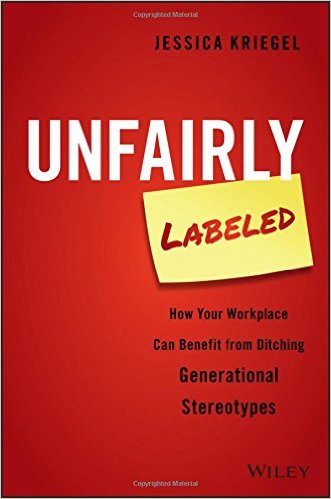 I found this paragraph from Kreigel particularly interesting, “The brain gathers information, converts the information into patterns, and stores the patterns as memories. These memories then become the foundation of the beliefs that guide predictions for the future. Predicting patterns is a pleasure trigger that leads us to search for more patterns and predictability.”

This helps explain why we might use generational labels. However, as we will discuss during the webinar, characteristics we commonly assign to one generation quite often apply to a person in a different generation. So it is how we respectfully lead people with unique characteristics that matters, not the labeled group they belong to.

Speaking of Respect – John Glenn and Ted Williams. According to an interesting Danville, NY on-line article by Al Bruce Ted Williams, who was extremely self-confident and rarely looked-up to anyone, had a great deal of respect for the late John Glenn.

Glenn, who was younger than Ted Williams, was an experienced WWII and Korean War 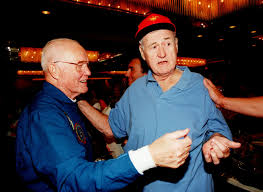 combat pilot when Williams, a pilot in the Marine reserves, started flying fighter jets alongside Glenn. In one combat mission during the Korean War Williams’ jet was shot by the Koreans and caught fire. While Williams was trying to decide what to do, Glenn flew up beside him and signaled to Williams to fly up higher, not to go down lower. Williams did this and once he was at a higher altitude with less oxygen, the fire went out. Glenn’s quick thinking and leadership likely saved Ted Williams’ life.

It is easy to understand why Williams forever respected Glenn. But it was Glenn’s experience, courage, and actions that were the foundation of that respect – and these have no age limits.