Skip to content
Is Your Team a Mixed-Doubles Team?

We have been talking a great deal lately about teams, especially about constructing effective teams. Our recent focus has been centered on how to choose individuals who have the right attitude and will help create positivity. Sometimes we quote Herb Kelleher of Southwest Airlines and say, “Hire for attitude, train for skill.” 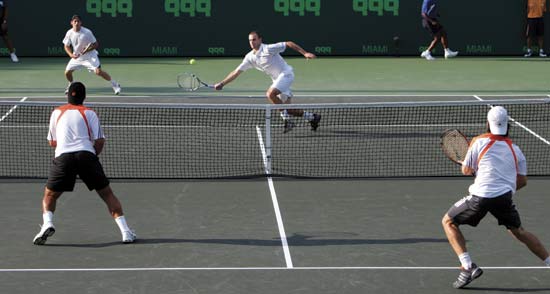 When you construct a team I think it is also useful to think about the type of team you have and remember this – not all teams are alike. A few years ago I wrote an article about how the late Peter Drucker described the three types of teams and I thought it is a timely topic to update and publish again.

Drucker says the three types of teams are: fixed position, parallel, and innovative. Here is a short summary of the three types and what a leader needs to do in each situation.

Fixed Position Team – On this type of team each member occupies a “spot” or “position” in which they perform a specialized task that others on the team don’t. They “play on the team”, but not “as a team.” The team members might be positioned in near proximity to each other and they work together for a common goal. 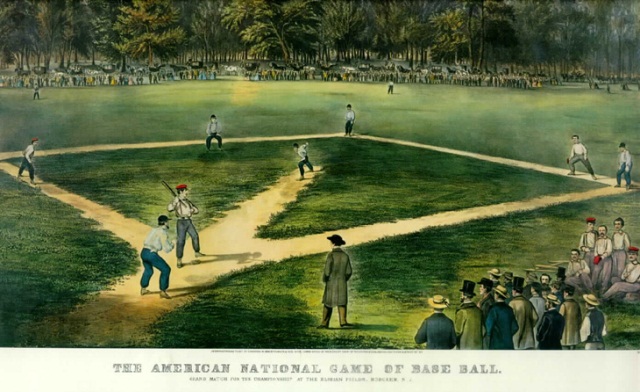 Fixed team examples that Drucker used were some assembly line teams, surgical teams, and baseball teams. In baseball, for example, a pitcher has special skills and rarely, if ever, plays other positions. The pitcher faces a hitter, each with different skills. Each pitch and subsequent hit or miss is an independent action. And each fielder usually has special skills suited to that position. One fielder catches the ball and throws it to another fielder who catches it and so on. While the common goal for the baseball team is to win the game, we can see their success is really based on how well each player executes his or her independent task.

To lead a successful fixed position team you need to: (1) know what qualities (talents/knowledge/skills) are required of each position; (2) know how to evaluate and select team members who have these qualities; (3) know how to coach individuals for skill improvement even if you don’t have the unique talents/skills yourself; (4) assure each team member gets practice time to improve their skills; and (5) make sure the individuals get plenty of practice time working together trying to effectively connect their individual actions together so they can more likely achieve the team’s goal.

Parallel Team – This is also a “fixed-position” team, but the team members play “as a team.” Like the fixed position team, each team member has unique qualities (talents/knowledge/skills). However, unlike the fixed position team, the team members on this team must work together on each action/musical piece/play in order to achieve the goal. Drucker’s examples include the symphony orchestra, emergency room team, and the football team. On a Parallel Team one person might be called on to perform a special, individual action (e.g. be a soloist, do CPR, throw a deep pass), but it will always be part of the “play” in which other team members must perform their tasks well or an unsatisfactory result will occur.

To lead a successful parallel team you need to do all that I described above for the fixed-position team and: (1) understand synergy or how the parts played by each person complement each other or contribute to the whole result (e.g. a block by a lineman opens a hole through which a running back can score); (2) create a plan, musical score, or play that combines everyone’s qualities to achieve the best outcome; and (3) motivate the whole group to work together and achieve the goal.

Innovative Team – Unlike the prior two teams, team members on this team are not fixed-position players and are able to cover for each other and perform multiple positions. They may each have qualities that allow them to better perform certain tasks than other team members, but they have adequate skills to perform all tasks. Drucker uses as examples the jazz combo and the tennis-doubles team. I think this type of team is the fastest growing type among businesses, especially in businesses where cross-selling and cross-training are common strategies. These team players all know how to serve, volley, and charge the net, but they may have stronger forehand or backhand shots than their partners.

Unlike the first two tea 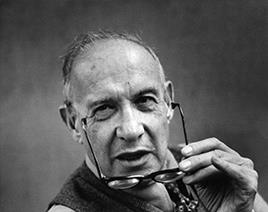 m types that have highly specialized, fixed positions, I think the leader of a successful innovative team needs to be able to perform all the tasks of the team. They also need to (1) select team members who have flexible attitudes as qualities along with the necessary basic skills needed to accomplish tasks; (2) keep teams flexible by keeping the size between five and seven members; (3) train the team together as a group where the leader constantly changes the variables that require team members to change roles; and (4) clearly articulate the goal, but encourage flexibility and different paths to achievement.