Today is my 38th birthday in the 50-0 Club. When my friends and I started turning 50 everyone joked that it was all downhill from there. So I began reversing their ages every birthday, reminding each that the goal was to get back to zero. So, the next year they were 49, then 48, and so forth. An older colleague of mine just bought a new sports car on his birthday and I thought, isn’t that what a 23 year-old should do? 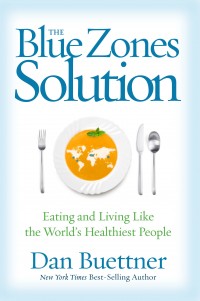 In Dan Buettner’s new book The Blue Zones Solution we learn details about six behaviors researchers have discovered that many centenarians have in common. Blue Zones are those areas where there are statistically higher levels of people over 100 years old. The first and most famous Blue Zone, identified by researchers Gianni Pes and Michel Poulain, was Sardinia, a large island off the coast of Italy.

While researchers found six behaviors common among the centenarians in these Blue Zone areas, Buettner clusters them into four simple categories.

As I read about these four behaviors or secrets it reminds me again how important work is in our lives. A healthy work culture provides friends, contributes substantially to our purpose, and usually provides some level of regular activity. So remember, as the number of your employees in the 50-0 Club grows, you are helping them on their journey to 100 – and may you, too, have such a trip!