The recent story of Facebook and how it sells us out has been a surprise to many. What you might not know is that human “attention” has been manipulated and sold for years. And this is exactly what Facebook, Instagram, Twitter, and Google are doing – they are watching what gets your attention and then they sell this knowledge. The buyers then work hard to manipulate your buying behavior.

Tim Wu in his new book The Attention Merchants tells us the history of how businesses have studied what gets our attention and then how they sell that attention-grabbing knowledge to product selling businesses. It is really a fascinating story – here are four historical inflection points that might interest you.

Benjamin Day – The Sun Newspaper – 1835. In the 1830s there were several newspapers operating in New York City. It was a very competitive business and the papers tried to stay profitable by slowly increasing daily issue prices – then about six or seven cents. 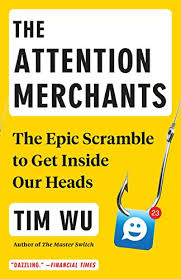 However, in 1835 the Sun publisher, Benjamin Day, tried something totally different. He dropped his price to one cent and put crazy, attention-grabbing stories on the front page to appeal to all citizens, especially those in the low and middle classes. One of the first stories published by The Sun has become known as the Great Moon Hoax. In this six-part series the public was “informed” of a telescope that was so strong it could see many details on the moon including bat-like flying humanoids. (Supposedly this is where the term “moon-bat” came from – someone gullible enough to believe a likely impossible story.)

The circulation of The Sun increased so much they got a huge boost in advertisers, who collectively paid a great deal more than the 5 cents an issue they forfeited by lowering their price. It knowingly peddled fake news, became a successful tabloid, and placed a scandal or crime story on the cover every day. This “attention-grabbing” strategy grew circulation and attracted advertisers wanting to reach this audience.

Listerine Mouth Wash. Listerine was first invented as a surgical disinfectant in the 1800s. In 1914 after being sold to dentists as a disinfectant, Listerine became available over the counter to consumers. For years sales were very modest until Gerald Lambert came up with a great attention-grabbing advertising strategy – he invented the term “chronic halitosis” and used women in ads talking about how bad breath was why they did not have sustained romantic relationships. Annual sales exploded from $115,000 to $8 million and they have been a market leader ever since.

This form of attention-grabbing advertising has become known as “demand engineering” – creating demand for a product the consumer never knew they needed or wanted. 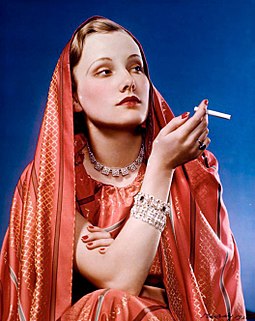 Lucky Strikes Cigarettes Attract Women. Until the 1920s it was rare to see women smoking – it was just a social taboo. Using the popularity of the suffragette movement and women earning the right to vote, Lucky Strike cigarettes began using women smoking in their advertising campaigns and sadly promoted smoking as a symbol of women independence. They also promoted smoking as a weight-loss strategy using the slogan, “Reach for a Lucky instead of a sweet.” These are additional examples of demand engineering.

Elvis Presley on Ed Sullivan – September 1956. Television was in its infancy in the 1950s until Elvis went on the Ed Sullivan show on September 9, 1956. On that night 83% of all televisions in the U.S. tuned in to watch. This was the first time advertisers understood the power of television and how one celebrity can grab the attention of so many consumers.

This phenomenon is still prevalent today – several global soccer players make up to $200,000 per Instagram post for product endorsements. 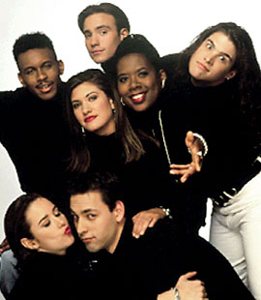 MTV and “The Real World.” MTV began seeing its ratings drop in the 1990s and the interest in video music was declining. This was when the Internet was emerging and everyone wondered what would happen with the expansion of the worldwide web. What MTV recognized was a growing human interest in surprise or unpredictable turns in events.

So, with a very limited budget, they created the first “reality show” called The Real World, where regular people were thrown together and they would just see what happened. The actors or participants were paid only $1,400 for the whole series, but they were really paid in fame.

MTV had figured-out an attention-grabbing formula still very present today – connect us to one character whose personal story resonates with us personally and then surprise us with what happens to them later.

The Ultimate Attention Merchant – President Donald Trump. In an interview on Hidden Brain with Shankar Vedantam,  the book’s author Tim Wu, a Columbia University law professor, made an interesting observation about Donald Trump. He implied that Trump really understands the attention-grab and surprise lessons learned by MTV. And when you study his success on the Apprentice, the way he was elected President, and his unconventional and surprising Twitter behavior, it appears he understands how to grab the attention of Americans and sell them his point of view.

Wu’s book also explores more deeply the attention-grabbing and influence strategies used today by Facebook and others and how they manipulate our voluntary and involuntary responses to bait ads and “fake news.” To learn more, pick-up his book.

I guess I need to learn to ignore stories about what under-valued companies only Warren Buffet knows about because some Internet Bot knows this grabs my attention. What about you?