It seems like it was just a few years ago that we relied only on our faithful mail carriers to deliver our very few mail order packages. And most of this mail was delivered by two legs on the sidewalk. 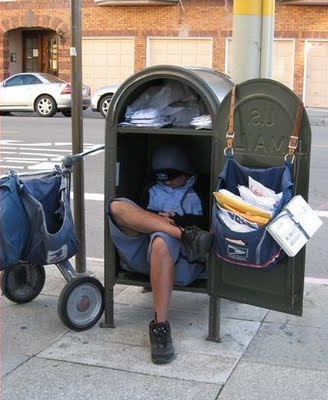 But two relatively new consumer habits have changed all that and are helping clog our streets – 1) Single product, online purchases from places like Amazon; and 2) The use of Uber and Lyft.

Package Delivery. In the days leading up to Christmas it seemed like I saw more delivery trucks swerving around each other than passenger cars. And, in many cities, these trucks were doubled-parked everywhere causing further traffic problems.

As I mentioned in my last article Holiday Wonder Ugly Sweater or Food holiday package delivery has exploded. This year the big three – Post Office (915 million), UPS (814 million), and FedEx (588 million) delivered 2.3 billion packages between Thanksgiving and New Year, up 64 percent or 1.1 billion packages since 2013.

These are just holiday stats – this buying behavior is the new norm and isn’t going to change anytime soon. I read somewhere, that over 50 percent of these deliveries are single package or “micro” deliveries. This increase in “micro-deliveries,” especially in cities, is having a profound impact on traffic.

Use of Uber and Lyft. Sam Schwartz was for many years the chief engineer of New York City’s Department of Transportation. Today he is one of the world’s most prominent experts on traffic. His new book No One at the Wheel: Driverless Cars and the Road of The Future, includes many fascinating

observations on the history of and future of traffic, especially in city areas. (I also recommend Terry Gross’s interview with Schwartz on her program Fresh Air.)

Regarding Uber and Lyft, Schwartz writes they really caught city transportation officials off-guard and have had two unintended and significant side effects. First, they have increased the number of single passenger cars driving around in cities. And these cars actually drive 60 percent more miles in the city than the average car and with only one person on-board, the driver.

The second side effect is that 50 percent of Uber passengers in New York City come out of mass transit – therefore there are fewer bus and subway passengers. In California, Schwartz notes, 33 percent of Lyft passengers say they use Lyft instead of public transportation.

So Uber and Lyft, a real convenience service for consumers, contribute to more traffic congestion and put price pressure on transit authorities.

Impact of Autonomous Vehicles. Schwartz says autonomous vehicles will be the most disruptive technology worldwide since the invention of the automobile over 100 years ago.  And while safety continues to be the biggest technological barrier facing the industry, he writes how several other industries are going to be impacted. Several he mentions, which I wrote about in my article Leave the Driving to Your Car, are:

Schwartz also writes about how AVs will likely increase traffic because there will actually be empty cars on the road which are not on the road now. One example, your car delivers you to work, then drives empty back to your home or to a nearby parking lot.

He also envisions many positive trends. One that intrigued me is the automated medical vehicle that could be a mini-treatment center on wheels – it could come to an accident, your home, or your workplace.

Selfish Drivers and Gridlock. Schwartz, who is credited with inventing the term “gridlock”, also notes how much selfish drivers contribute to traffic problems by blocking intersections. This behavior causes more gridlock than anything else and is why many cities now issue expensive tickets to any car that blocks an intersection during a red light.

an urban traffic planning consultant, sees many changes that could improve the roads and how traffic could flow in the future. And, while this could be decades away, he believes if transportation and governmental people work together, we should be able to improve traffic flows that can handle the increased volume.

This may be true, but only if we exclude people currently in Washington. Otherwise we’ll need to turn back to just the two legs on pavement method of yesterday.