Skip to content
Two Sides of Your Responsibility Coin

We have many roles in our lives and each role brings with it different responsibilities. This week when I was talking with someone about leadership roles I found myself using the two sides of a coin as a metaphor for the discussion. 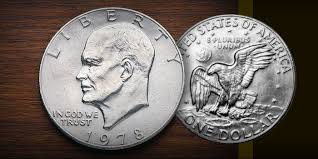 On the “tails” side of the responsibility coin are those leadership responsibilities that come with all your other roles in life; roles where you are mostly a participant in daily activities. Examples of these roles include family member, team member at work, volunteer, neighbor, and just a citizen of the world.

Two Responsibilities Often Overlooked. As I thought about this metaphor and the challenges that come with these different roles, two often overlooked responsibilities – one from each side – jumped out at me.

On the “heads” or positional role side, it is our leadership responsibility to make sure we are listening to multiple points of view. Specifically, if we have all “yes” people talking to us and supporting all our ideas, we better find some other points of view. That is our responsibility.

Example 1 – Ed Stack of Dick’s Sporting Goods. I think Ed Stack, the President of Dick’s Sporting Goods, is a good example of someone who understood his responsibility of getting different points of view. In the November issue of Inc. Magazine Stack, a son of founder Dick Stack, talks about coming to the decision that Dick’s would no longer sell assault rifles after the Sandy Hook shooting. He talked about making sure he had a Board of Directors that would challenge him and not “B.S.” him.

If you are just in a participant role in a group impacted by an HCP your leadership responsibility is not to deal directly with the HCP, but rather to influence in a positive way the people who are enabling the HCP. You need to be mindful of how you and others around you feel. Bill Eddy, the author of 5 Types of People Who Can Ruin Your Life, refers to these folks as “negative advocates.” And when an HCP has fewer and fewer negative advocates, they are often forced to reduce their negative behavior.

When talking with a negative advocate Eddy suggests we use his CARS Method:

Upcoming Webinar.  If you would like to learn more about dealing with people who

have high-conflict personalities, please sign-up for our free webinar next Wednesday, November 13, 2019, from 9:00 AM – 10:00 AM EST, I will be hosting a webinar called Managing People Who Have High Conflict Personalities.

As you flip your responsibility coin each day I hope you will think about these two, often over-looked responsibilities – how you deal with them can make all the difference.